The Latest In Health News, Fitness Tips, And More! 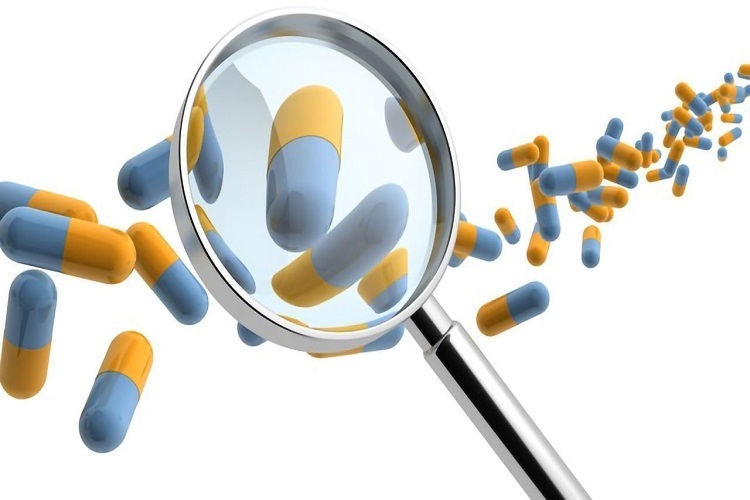 The next big cancer drug may already be stocked on our pharmacy shelves without us even know it, ready to take a punch out of some new disease! Here, we consider the robust potential of drug repurposing (AKA drug repositioning, re-profiling, re-tasking or therapeutic switching).

Even prior to dawn of modern medicine, it was common practice to investigate if extant therapeutics could be repurposed for novel medicinal indications. The fundamental rationale being; in most cases, the toxicity of these compounds had already been worked out – efficacy was the less risky determinant.

While perhaps seemingly over-simplistic, this central concept is dramatically shaping the US pharmaceutical industry. 2016 saw the largest drop in over a decade of novel drug approvals. This was driven, in part, by the fact that big pharma is allocating much of their resources into expanding the indications of currently approved drugs, rather than taking the riskier venture of launching a completely novel therapy. This paradigm is only expected to grow, as it is estimated that by 2020, 75% of oncology products will be multi-indicated.

This trend ties back to the ‘rate limiting step’ for all new drug releases in the United States, the Food and Drug Administration (FDA) approval process – a regulatory standard that highly scrutinizes both the safety and efficacy of any new prescription drug sold in the US. The estimate time to discover and get clinical approval for a new candidate compound currently hovers around 12 years and carries a price tag of over $2.6 billion (much of this is spent on FDA mandated phase trials). These governing procedures have become a point of much heated debate, especially as drugs prices (and ROIs) come under increasing scrutiny.

It should be noted that this is far from the first time the organization’s methods have been put under the spotlight of scrutiny; and considering their hefty ethical responsibility as gatekeepers for products that, if used improperly, can kill a patient as fast as it can cure them, they have been making strides to reduce the aforementioned burdens. These initiatives are even getting nods from key opinion leaders in the pharmaceutical industry.

In any case, these necessary regulations make it undeniably expensive to develop a drug from ‘scratch,’ which has sparked several initiatives to repurpose drugs that have already been through the rigors of the FDA approval process. Repurposing can cut costs by up to 75% – and while this is still no thrifty endeavor, the gamble requires significantly less clinical, ethical, and financial risk and can be extremely lucrative.

There are some notable success stories, thalidomide, originally approved as a sedative in the 1950s (for which it was later contra-indicated for causing birth defects in pregnant women) and a leprotic treatment in 1998, was repurposed as multiple myeloma drug in 2006. Other well-known examples include Sildenafil a heart failure drug that is now sold as Viagra in 2005 and Minoxidil an antihypertensive drug which was reformulated into Rogaine after patients experienced hair growth. Moreover, the broad mechanistic overlap in immunity based cancer therapies (i.e. many cancer types use similar strategies to thwart the immune system – e.g., PD1 inhibitors has led to vigorous expansion of drug indications throughout the oncology space).

So why isn’t everyone jumping on the bandwagon? Unfortunately, timing also plays a large role. If a company can’t establish any patented protection for the new indication, there is zero financial incentive. In fact, to date, no generic has been approved for new indication without the manufacturer modifying of the dose or delivery system (which results in a renewed patent).

But there is a silver lining. Where for-profit companies have understandably shied away, non-profit groups have gleamed opportunity. Several advocacy groups have popped up to promote and even help develop these repurposed drugs treatments. Once of these, Global Cures, is focused on developing drugs that have some clinical evidence but need phase 3 verification – their ReDO program has already elucidated several potentially powerful and affordable candidate oncology treatments. Another, Cures Within Reach focuses on developing orphan drugs; one of their notable achievements include successfully demonstrating off-label clinical use of Sirolimus for Autoimmune lymphoproliferative syndrome (ALPs) a rare autoimmune disease that affects young children.

These success stories have also garnered federal interests. NIH has recently expanded an NCATS program that encourages pharmaceutical companies to collaborate with research institutions to investigating the repurposing potential of these company’s ‘shelved’ drug compounds. Pharma companies are starting to bite, In 2012, AstraZeneca’s discontinued cancer drug Saracatinib was demonstrated to target amyloid-β signaling in the brain and to rescue synapse loss in mice. A Phase 2 trial for Saracatinib for Alzheimer’s patients finalized enrollment at the end of 2016.

Government and private groups are pumping new hope into many of these once retired compounds. This way of thinking is allowing innovators to better navigate the economic and clinical hurdles associated with developing new treatments. Most intriguingly, new advancements in high throughput screening and computational data mining is allowing researchers to better connect the dots, streamlining these pursuits. It is estimated that over 14,000 drugs currently have FDA approval. It is intriguing to think that this pool of compounds may offer hope to a new generation of patients in need.

How To Be A Values-Based Nurse Leader

Michal Coy - January 7, 2023 0
Health News
Nurse leaders play a crucial role in value-based care, so they need diverse skills to succeed. Their experience on the front lines makes them...

Michal Coy - December 16, 2022 0
Health News
The nursing profession is one of the most popular and in-demand career choices today. Nurses play a vital role in the healthcare industry, providing...

Michal Coy - November 8, 2022 0
Health News
Nursing remains one of the most popular roles within healthcare and one that will always be in demand. It is believed that the USA...

What To Expect From A Role In Nursing Leadership And Why...

Michal Coy - September 30, 2022 0
Health News
There is no doubt that the healthcare sector is one of the most important around and crucial for not only keeping us fit and...

Michal Coy - September 5, 2022 0
Health News
Nursing is a challenging but rewarding career that offers a unique opportunity to make a difference in the lives of others. Nurses work in...

Welcome to BreakingBio.org, the health blog that discusses the latest news and research in health, fitness, nutrition, and more! In this post, we’ll be discussing some of the latest health news and fitness tips.At BreakingBio.org, we keep you up to date on the latest health news, fitness tips, and more! Be sure to check out our blog regularly for the latest information in the health and fitness world! You never know what you might learn that could help improve your health!
© 2022 - Breakingbio.org . All Rights Reserved.
MORE STORIES